Send us a message and we will take the time to get to know you so we can help you find your Outer Banks vacation.

22 Things You Don’t Want to Miss in 2022: The Ultimate Outer Banks Getaway

Why do we love the Outer Banks so much? It’s hard to put into words, isn’t it? Part of it is that, even though it’s a popular destination, there’s still a feeling of freedom and wildness.

When you drive over the bridge into Kitty Hawk, it’s as though you’re now in another world. One that has nothing to do with your “normal” life. And that’s really what vacation is all about. 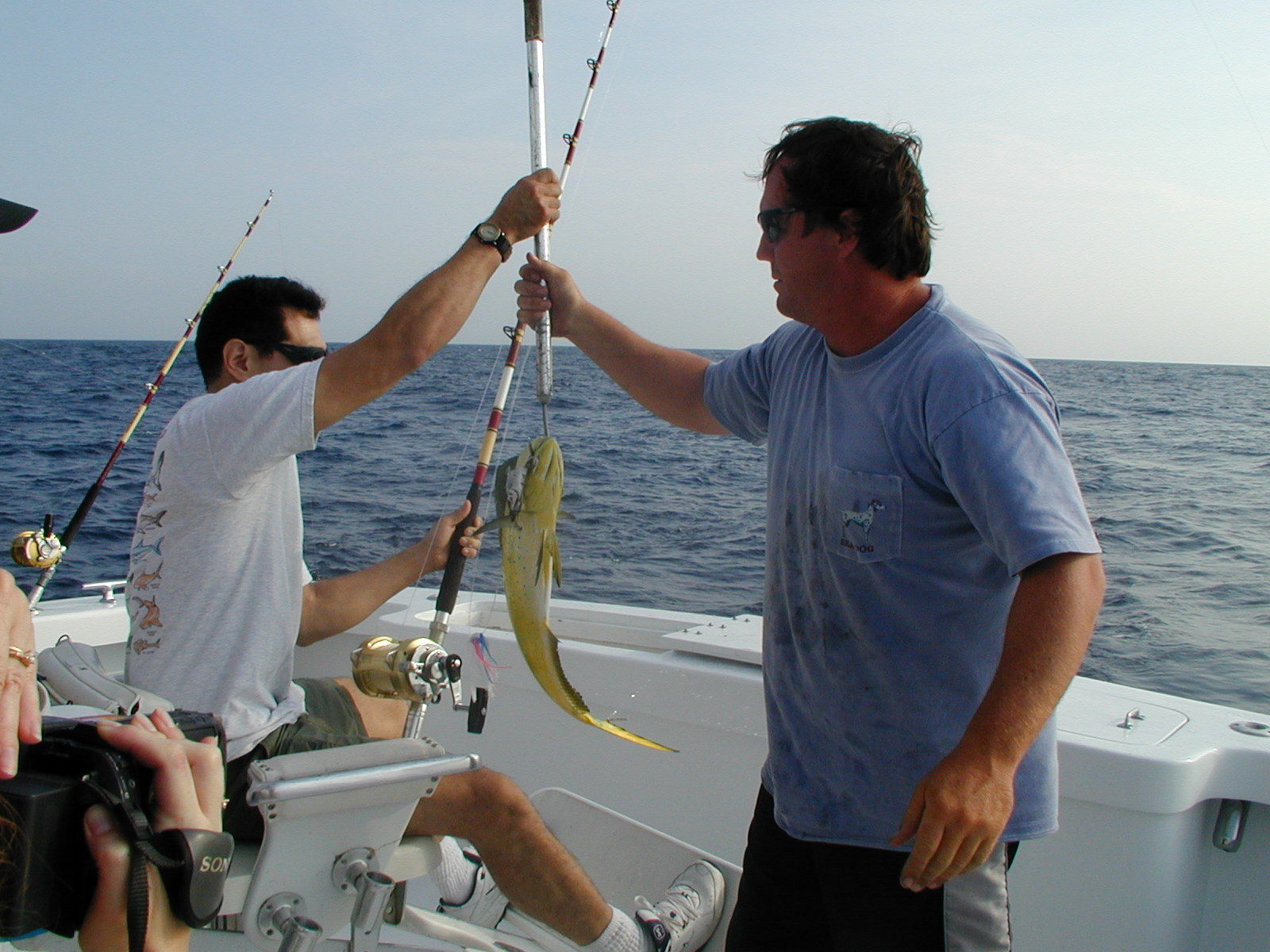 Make sure to bring your rods and reels! Fishing is one of the most popular activities on the Outer Banks and available nearly everywhere. The ocean, the sound, or the Pasquotank and Alligator rivers. And you can catch so many different species! During the summertime, it’s easy to find bluefish, cobia, croaker, flounder, trout, mackerel, black drum, striped bass, and weakfish.

2. Go to the Beach (Various Locations) 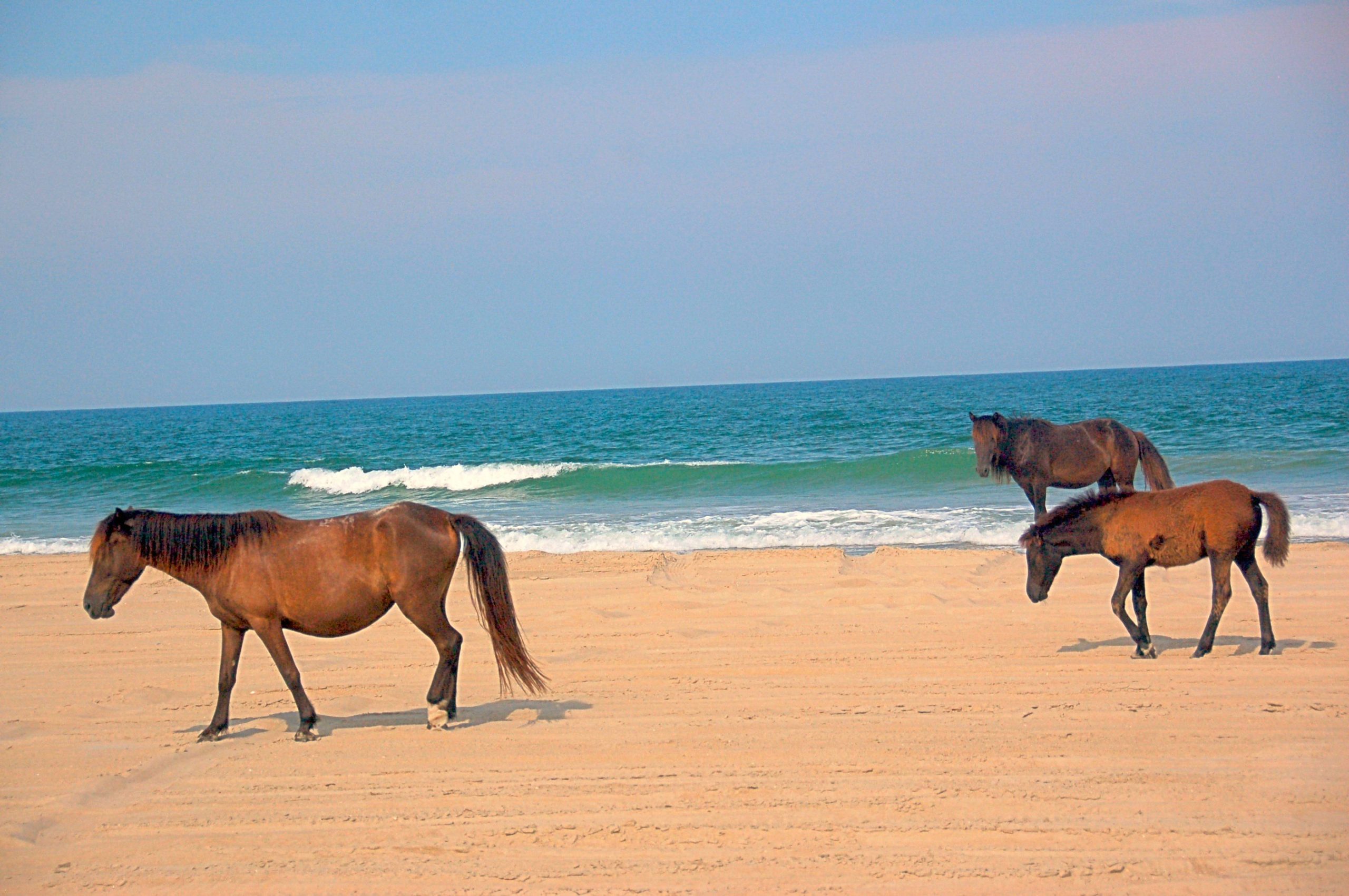 After all, that’s one of the main attractions! You can swim in the turquoise water by June and there are so many amazing beaches to choose from, from Corolla all the way down to Hatteras. Our very favorite, though, is the Jennette’s Pier beach access. It has all the conveniences, including restrooms and showers, and this end of the beach tends to be quieter and less crowded than the beaches in Kill Devil Hills. 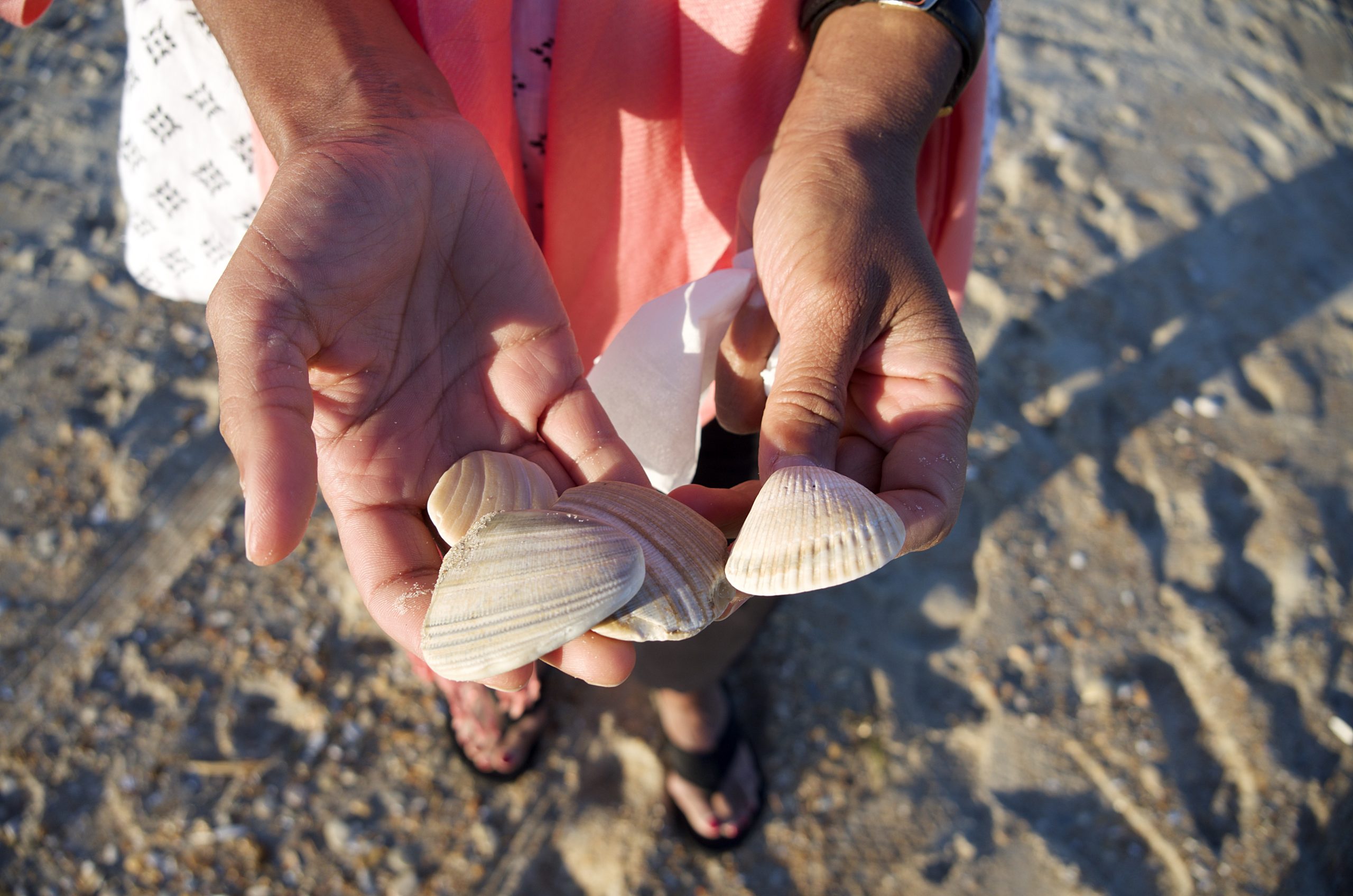 Nothing beats walking the shoreline in the early morning, especially after a good storm. You’ll find huge piles of shells to sort through with treasures to be found, in the forms of whole shells and polished pieces of beach glass. We’ve found many a whole whelk shell on these adventures. And all you need is a mesh bag, a good eye, and some patience. Just remember to make sure that there are no critters still inhabiting the shells! 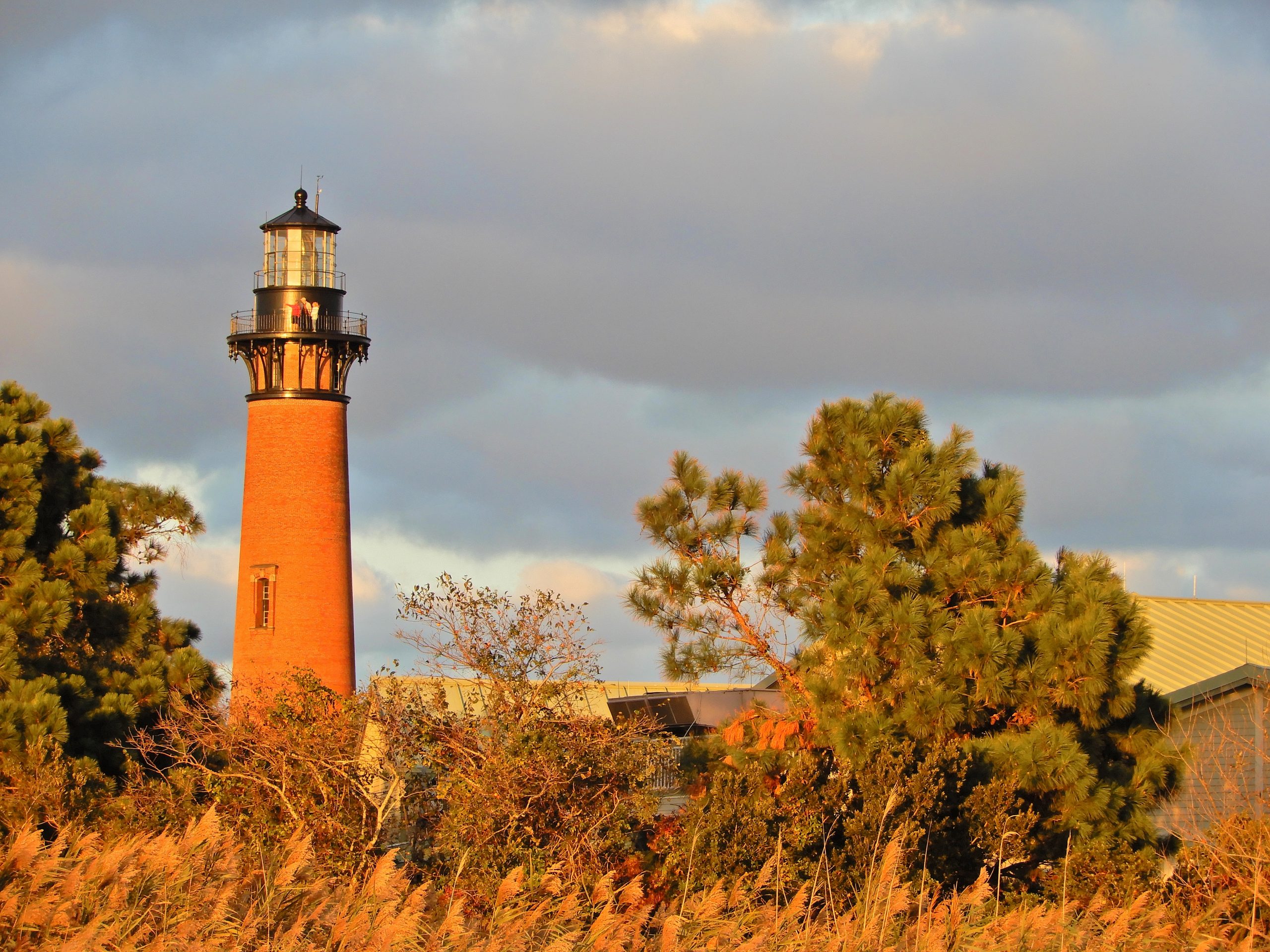 There are 4 lighthouses on the Outer Banks. The first is Currituck Beach Lighthouse, located in Corolla (pronounced Cah-RAH-la, not Cah-ROLE-a). The second is Bodie Island Lighthouse (pronounced BAH-dee, not BO-dee) in Nags Head, at the northern entrance to Cape Hatteras National Seashore. The third is the most famous of all – the Cape Hatteras Lighthouse, located in Buxton. And the last is the Ocracoke Lighthouse, built in 1823 on the tiny island of Ocracoke, accessible only by ferry. 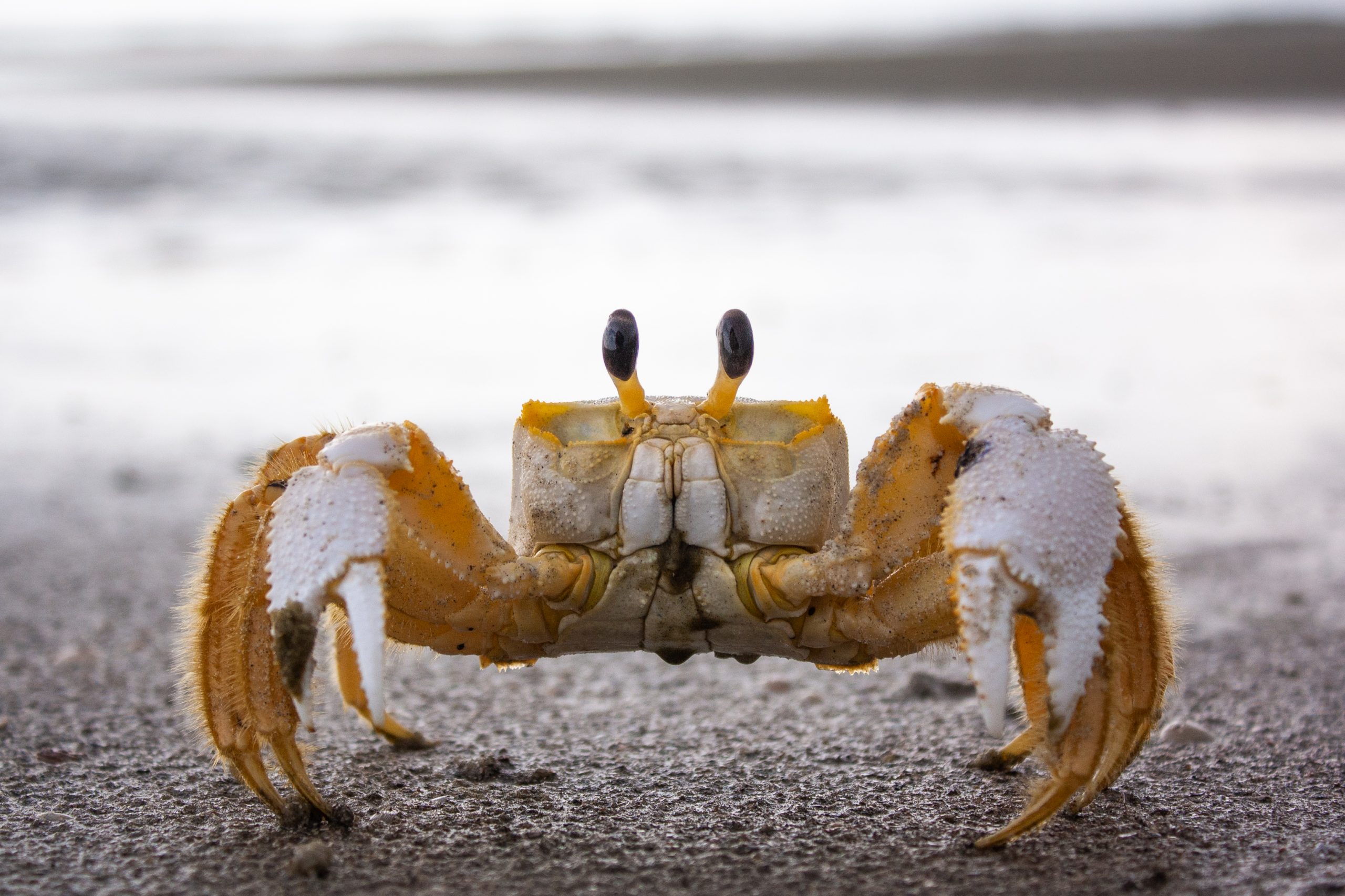 Now, here’s something we’ll bet you’ve never tried! Looking for a different type of nightlife? Here it is – and for this type, all you need is a flashlight, a sharp eye, and some patience. The Atlantic Ghost Crab is iridescent and averages about 2” wide across. They call the Outer Banks beaches home, from the shoreline to the high-tide line and they come out in droves at night, searching for food. Simply find a comfortable spot in the sand, turn on your flashlight, and watch the show! 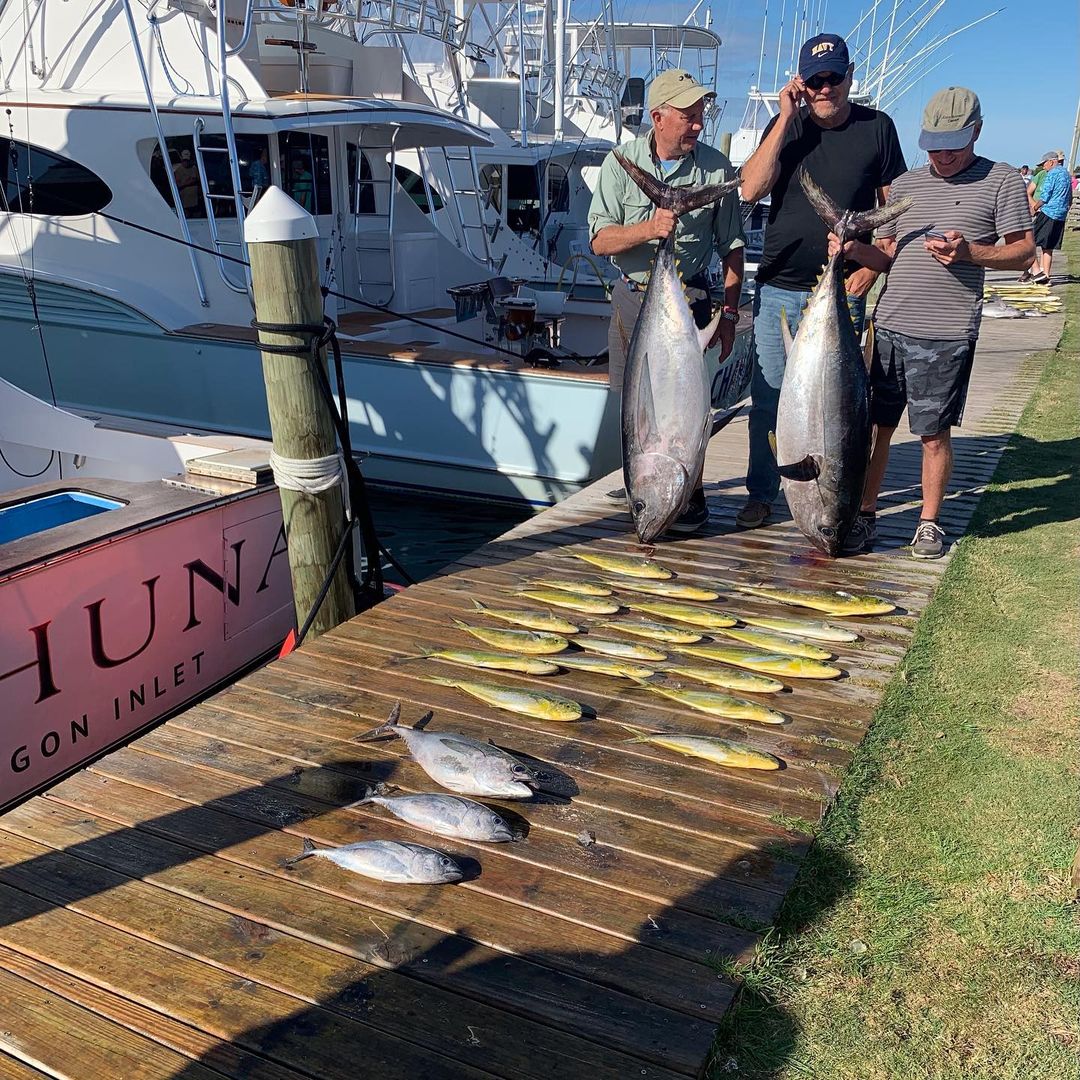 Somewhere between the hours of 3pm-5pm, head over to either the Oregon Inlet Fishing Center, Pirate’s Cove, or even the Hatteras Village marinas to watch the charter boats unload their day’s catch. It’s really pretty thrilling to watch the ship’s mates hauling fish onto the docks and then cleaning and filleting them for the day’s clients. If you arrive early or late, take that time to simply wander the docks, admiring the beautiful fishing boats. 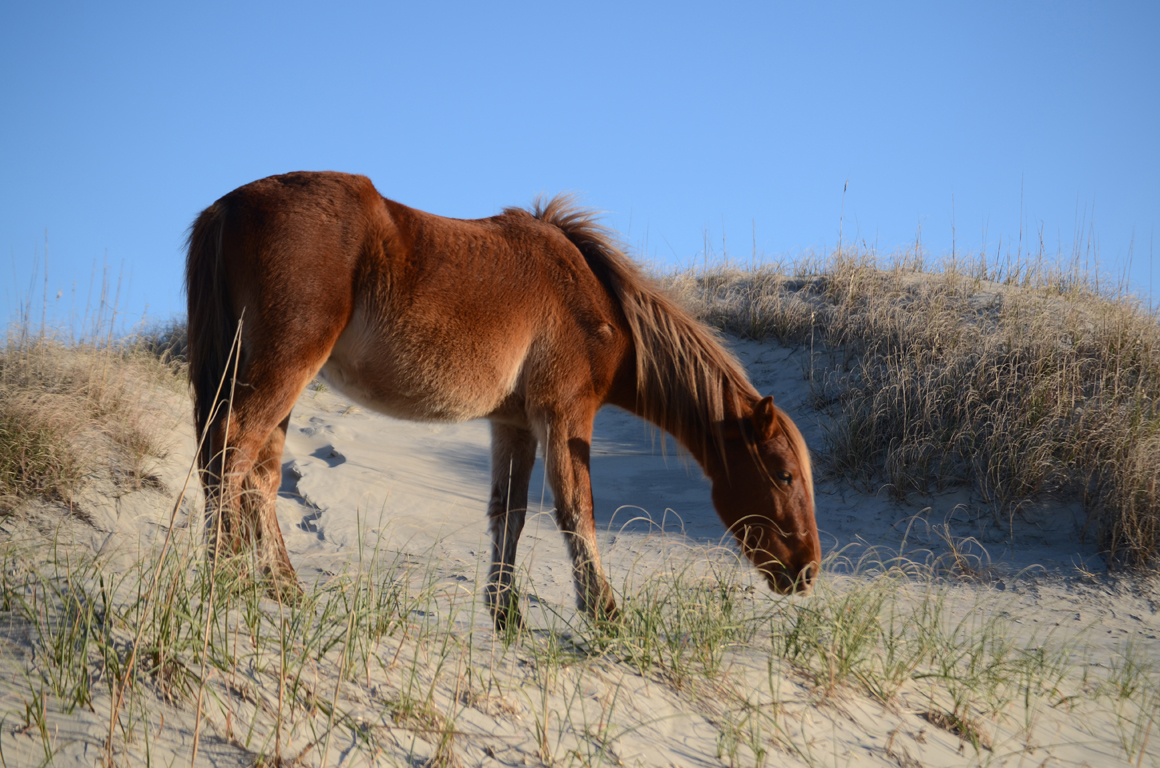 The wild mustangs have been an Outer Banks attraction for many decades and much beloved by visitors and residents alike. While they are descendants of domesticated horses brought over by Spanish explorers sometime in the 1500s, they are now considered feral. They were moved to the off-road 4-wheel drive area of Carova 1989 because of a series of 11 horse deaths by vehicle. Take a wild horse tour or venture onto the Carova beach in your own 4WD vehicle. Occasionally, they’re still seen at the Currituck Club in Corolla. 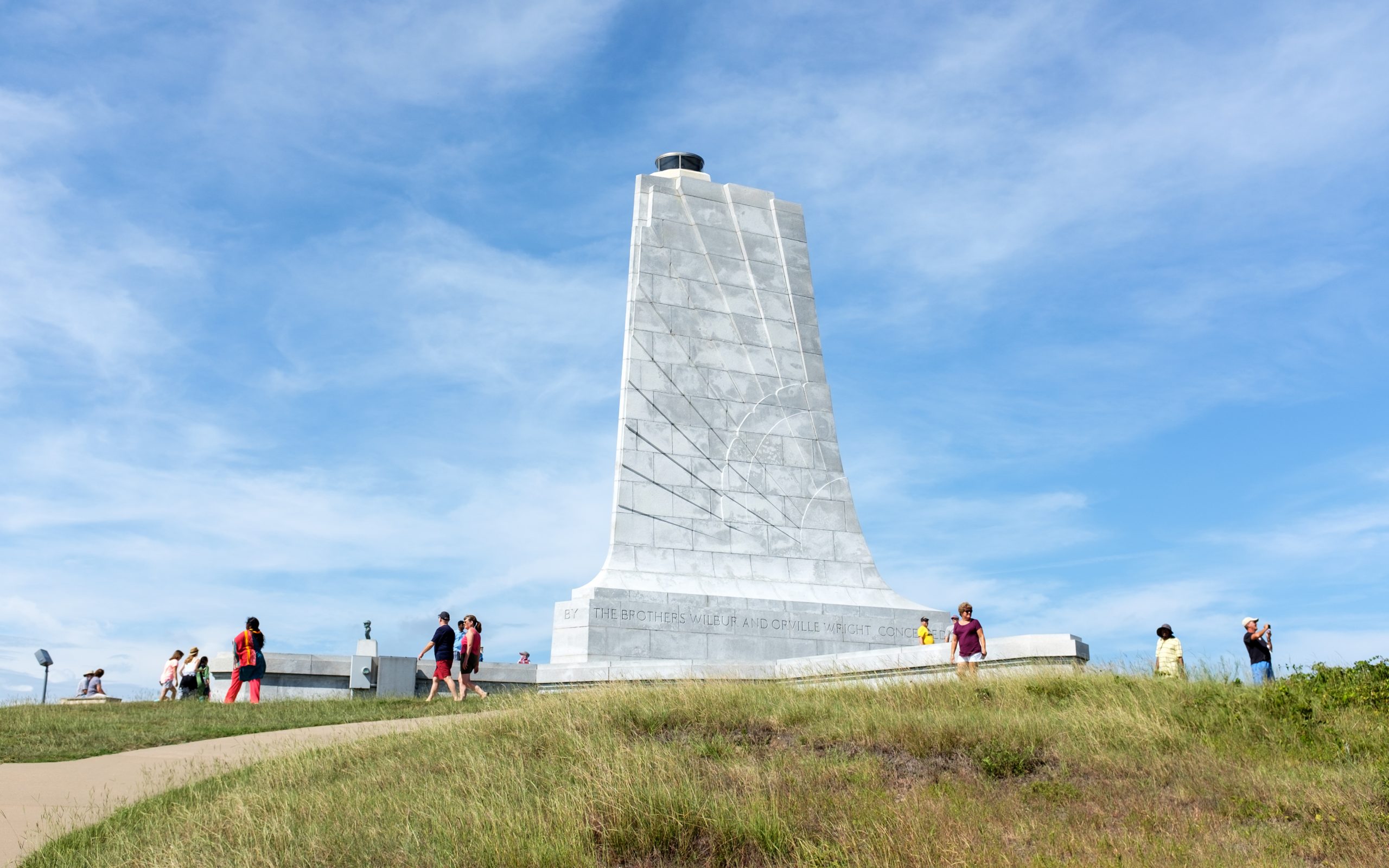 Did you know that modern flight originated right here on the Outer Banks? Brothers Wilbur and Orville Wright achieved the first airplane flight on December 17, 1903 after four years of experiments. And perhaps the most interesting piece of this story is that they were completely self-taught! Today, a memorial stands on this site of aviation history, so you can stand on the exact stop where air travel was born. Admission is $10. 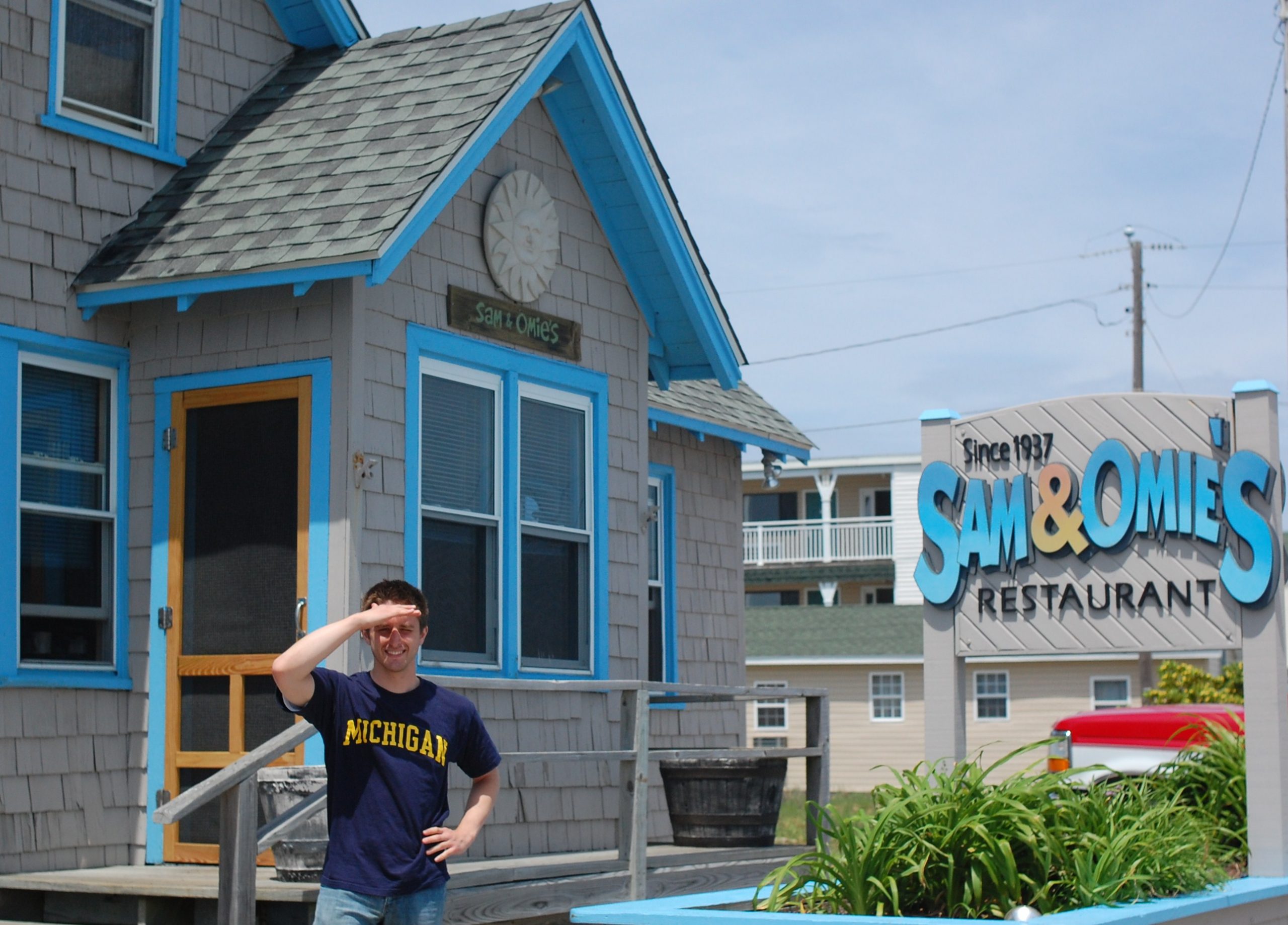 It’s an Outer Banks tradition and so convenient, you can walk over there! Years ago (about 70, as a matter of fact), Sam & Omie’s started out as a breakfast stop for local fishermen. With it’s casual, beachy atmosphere, great food, and Southern hospitality, it soon caught on and has now been a favorite “go-to” for locals and visitors alike for generations. 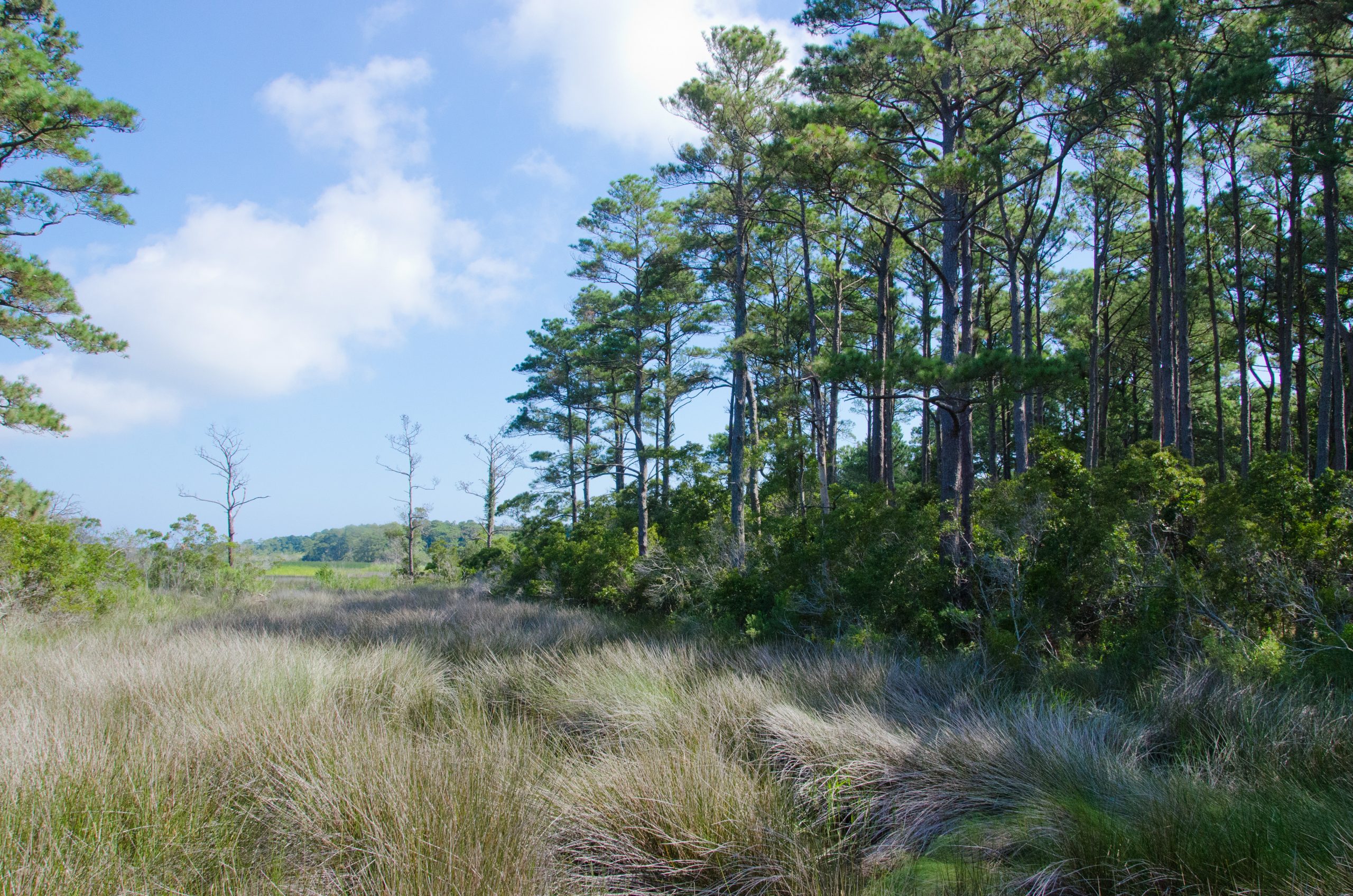 Looking for something a little different than a day at the beach or shopping? Take a hike! This National Natural Landmark is owned by the Nature Conservancy and offers a series of 7 nature trails for the use and enjoyment of the public. With designated trail difficulties ranging from easy to strenuous, you’ll easily find the right trail for your fitness level. There is no fee to enter the Nags Head Woods, but visitors are asked to register at the outdoor information counter. 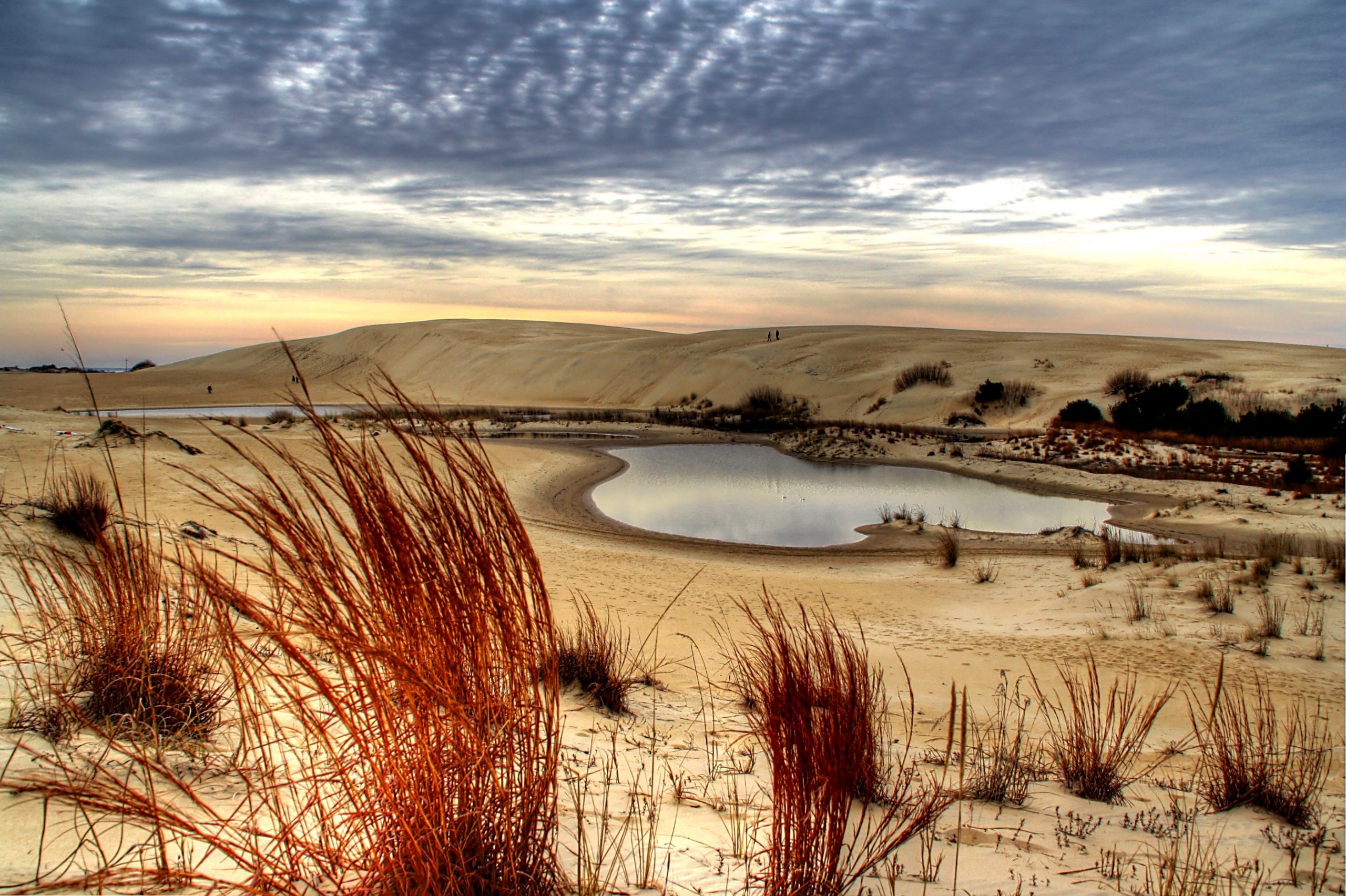 As the tallest living sand dune on the Atlantic Coast, Jockey’s Ridge is an impressive sight. Even better is all the fun you can have exploring it. Activities to enjoy here include hiking, kite-flying, and hang-gliding (lessons available at the park). It’s also got one of the best vantage points on the Outer Banks, with views from the ocean to the Roanoke Sound. Sunsets are not to be missed! There are no entrance fees. 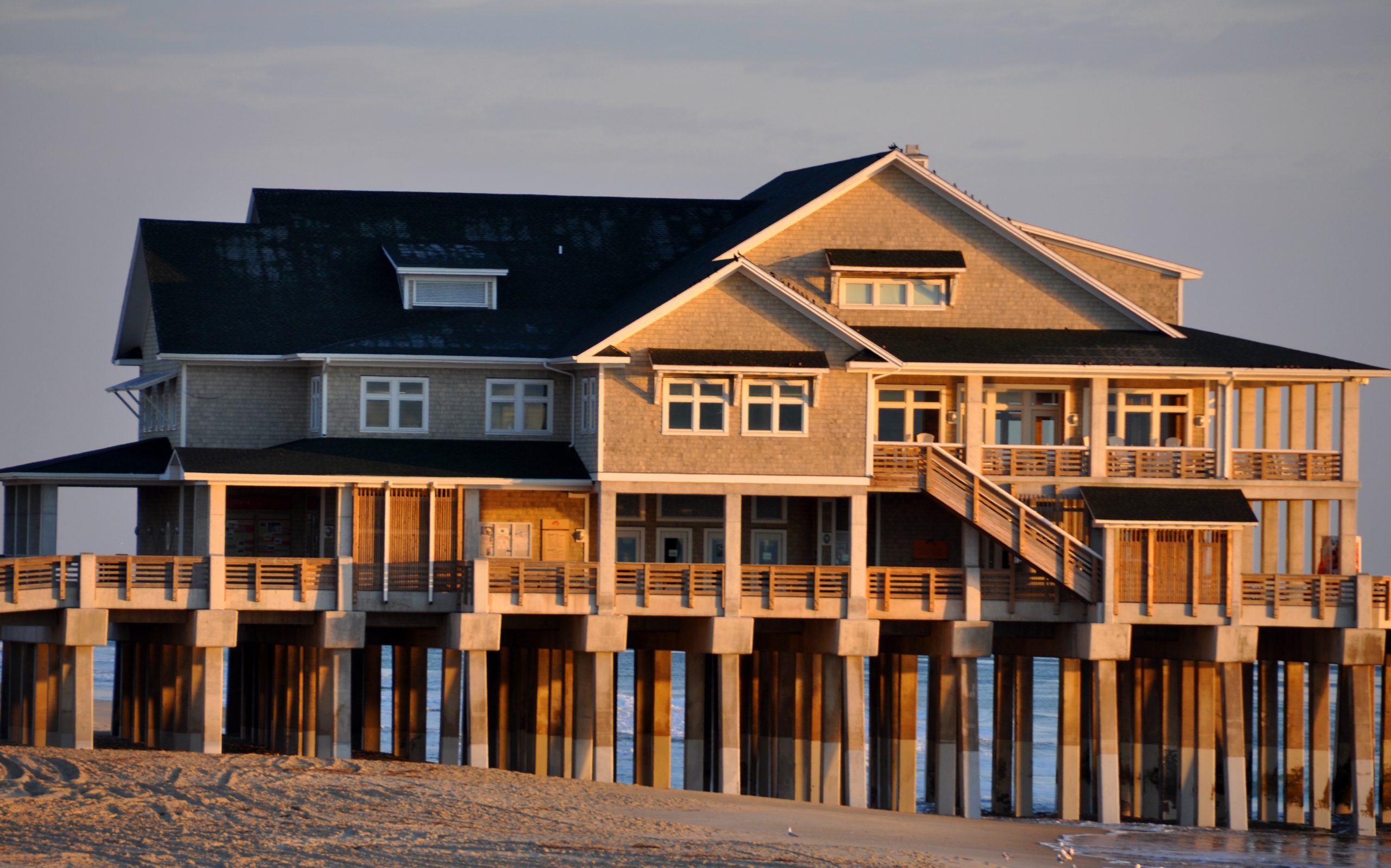 While this pier just steps from the Dolphin Oceanfront Motel has been an Outer Banks tradition for decades, it looks a lot different than it used to. Hurricane Isabel devastated the 1939 structure, sending 540’ of the 754’ foot pier tumbling into the ocean. When it was rebuilt, it was extended to 1000’ and now houses an arm of the NC Aquarium, an area to rent fishing equipment and of course, the ideal vantage point from which to reel in your own “catch of the day”. 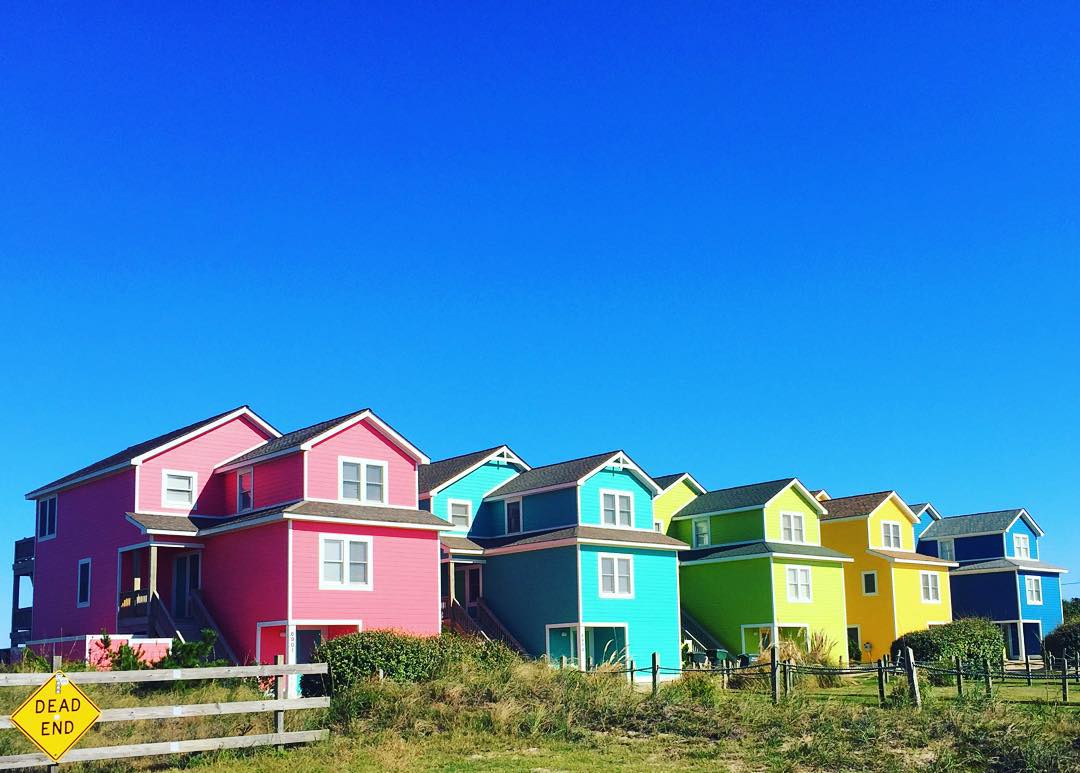 One of Nags Head’s best kept secrets is the fact that it has a thriving art community. Milepost 10.5 is home to the area referred to Gallery Row and is the heart of the Outer Banks artisan community. Here, you’ll find treasures like fine art galleries, jewelry stores boasting original designs, unique gift shops, and coffee houses, microbreweries and a variety of restaurants.

14. Take the Ferry to Ocracoke (Hatteras) 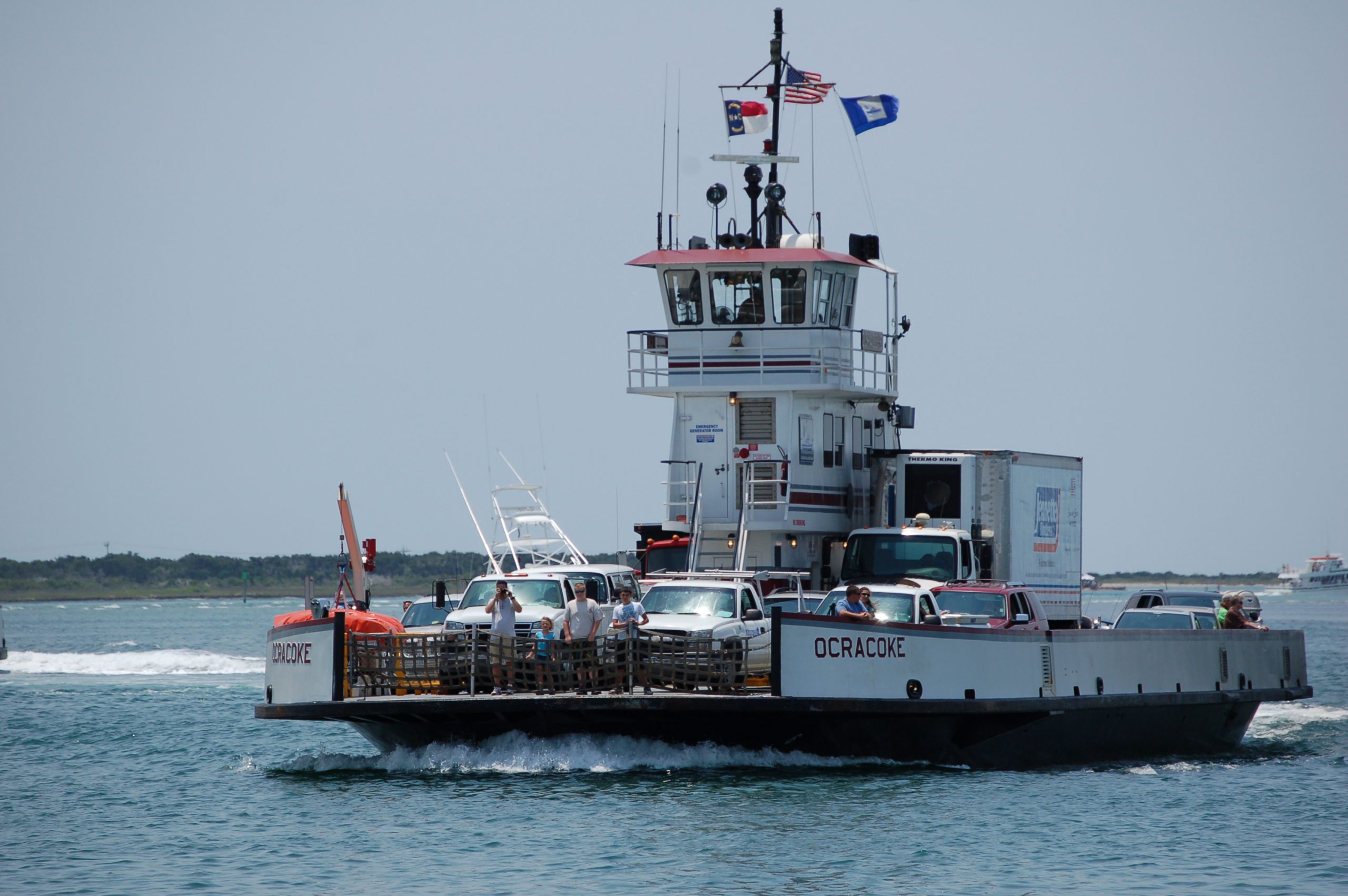 It’s only 45-minutes long, but it’s worth the drive to Hatteras to experience the ferry over to Ocracoke. With the wind in your hair and nothing but blue water in front of you, there’s nothing like it. It’s still completely free, and during the busy summer season, it runs every half-hour. When the season is over and visitors become fewer, it only runs once per hour.

15. The Graveyard of the Atlantic Museum (Hatteras) 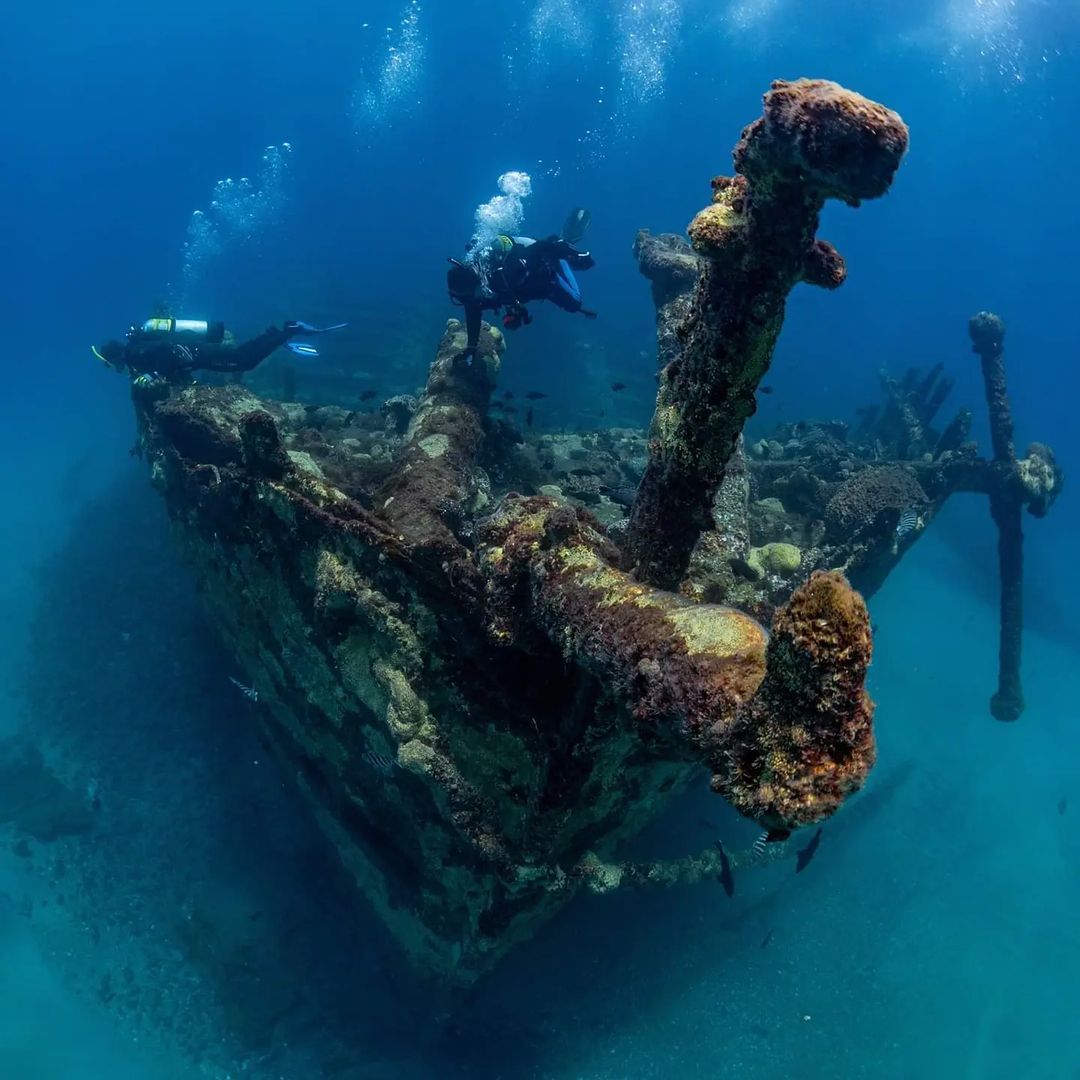 Did you know that there are more than 2,000 shipwrecks off the coast of North Carolina? The Graveyard of the Atlantic Museum pays tribute to all the lost people and vessels that sailed these waters. There are many fascinating artifacts recovered from some of these ships, some of them relating to both ghost ships and the pirates that traveled the coast, including the most famous of all – Edward Teach, aka Blackbeard. Admission is free. 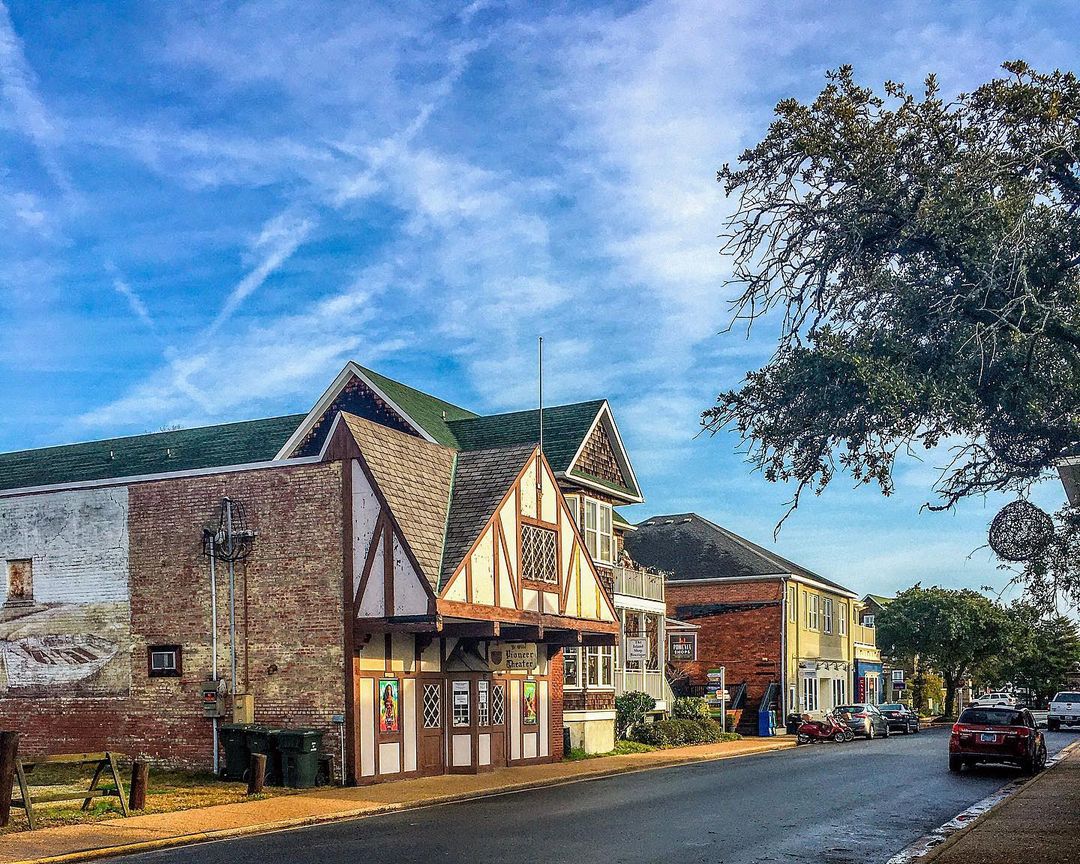 Tucked back on Budleigh St. in Manteo, the Pioneer theater has been owned and operated by the same family since 1918. Buy your $7 ticket (cash only) at the outdoor booth for a nightly 7:00 show. The single-screen theater shows each movie for one week only, so don’t put off going. Their popcorn is the undisputed best on the OBX and at only $2 (as of this writing), you can’t go wrong! 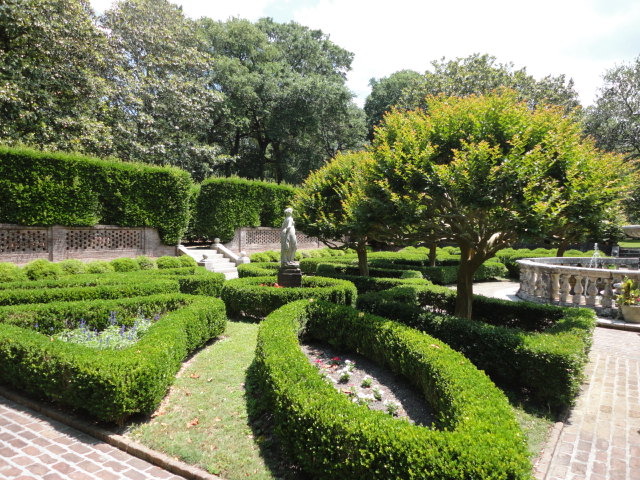 It’s like a step back in time to a beautiful land. Those who enjoy exploring the local plant and flower species will truly love a day at the Elizabethan Gardens. In continuous operation since 1960, the Gardens were built as a tribute to the original colonists on Roanoke Island. As the seasons change, so do the exhibits, but statues of Queen Elizabeth I and Virginia Dare can be enjoyed year-round. Adult admission is $10. 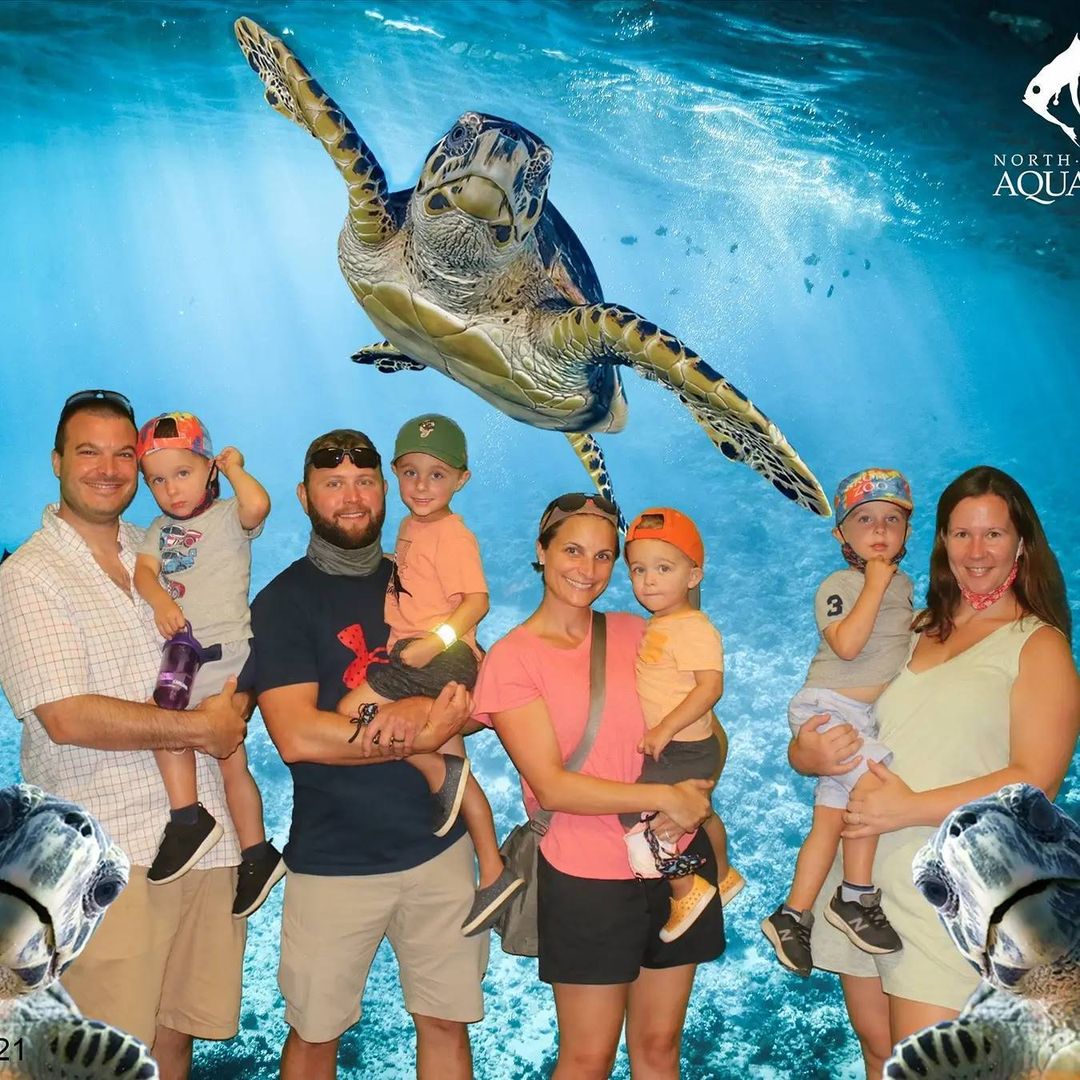 Just a few minutes from the Dolphin Oceanfront Motel, you can slip into the watery world of marine wildlife on the Outer Banks. Some of the animals you can expect to see here are alligators, stingrays, river otters, and sharks. The aquarium takes its commitment as stewards of wildlife seriously, with their education and conservation efforts. You can even lend your support to these initiatives with an annual membership. 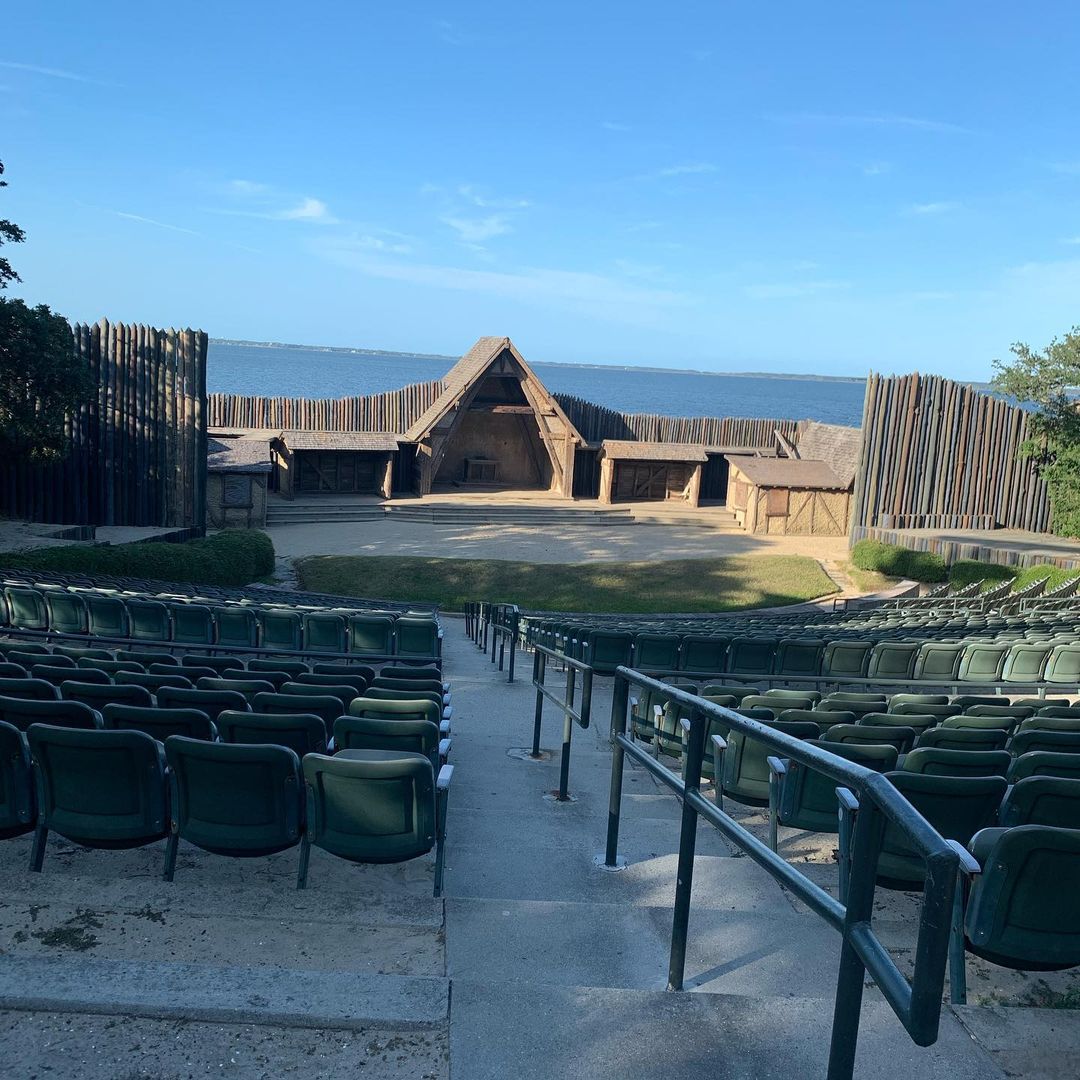 The Outer Banks was the first settlement in the new world to be colonized. The story centers around the 117 brave men, women, and children who came over from England to have a different life and then mysteriously disappeared without a trace. The Lost Colony production is considered as the “grandfather” of all outdoor plays, having been in continuous production since 1937. 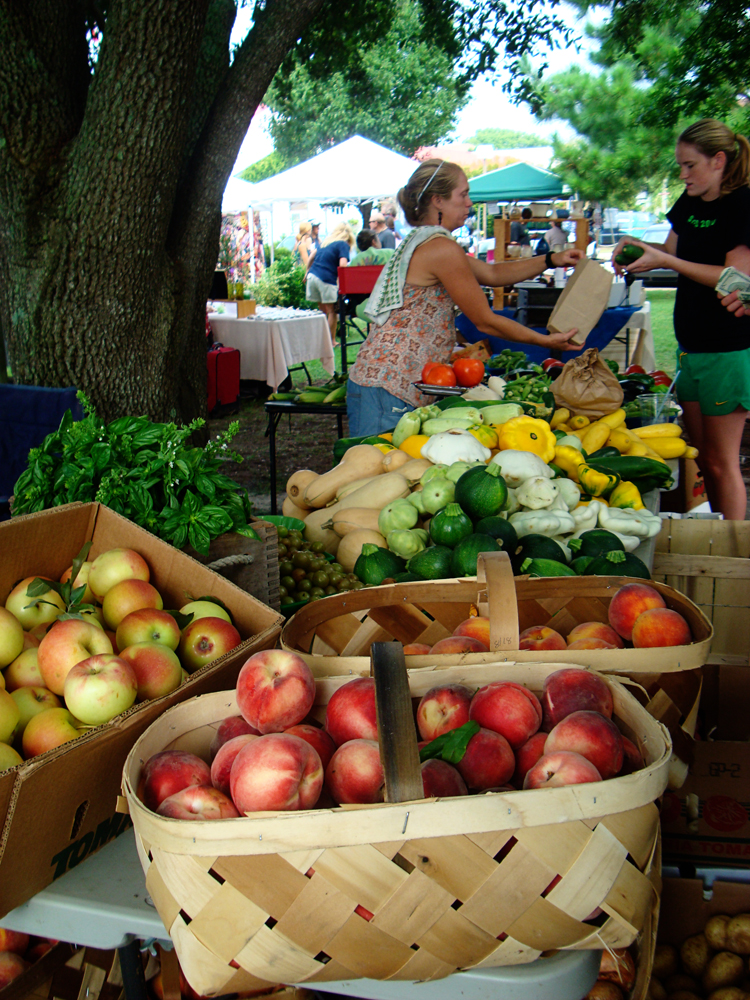 Charming Manteo, on nearby Roanoke Island, is definitely worth at least one full day trip. Try to make it on a Saturday between the hours of 8am – 12pm, so you can take advantage of the Manteo Farmer’s Market, where you can find local treasures, such as delicious fresh produce, sinfully good baked goods, local arts and crafts and a few other surprises. When you’re done there, take a walk along the Manteo waterfront and enjoy the charming shops and restaurants. 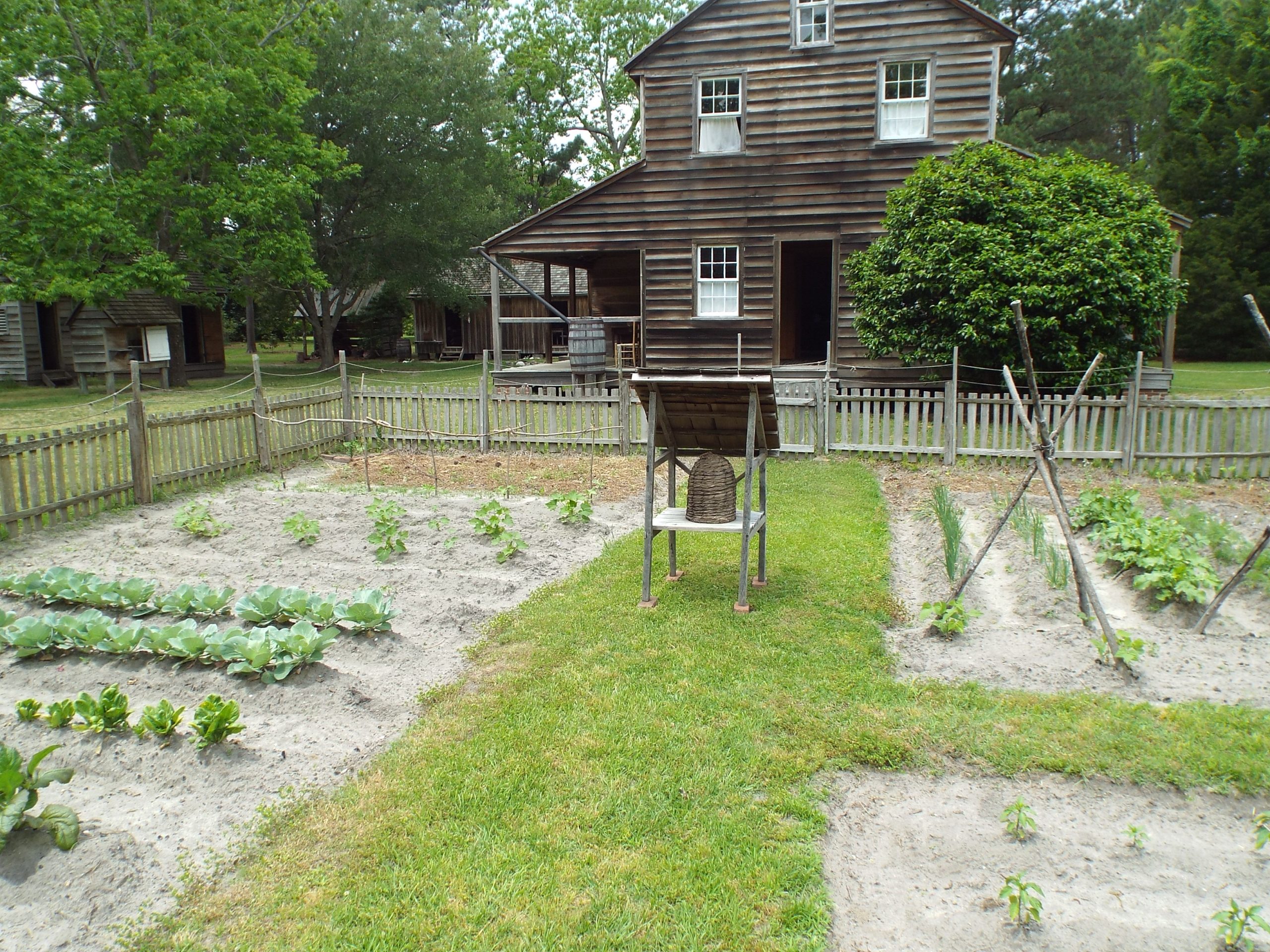 For those of you who enjoy history, you’ll love The Island Farm. It is actually a living history museum of sorts, where you’ll learn the story of typical Outer Bankers that lived on Roanoke Island in the 1850s. Make sure to take part in the interesting programs and live exhibits, such as blacksmithing, cooking on the hearth, weaving and spinning wool, and animal husbandry. 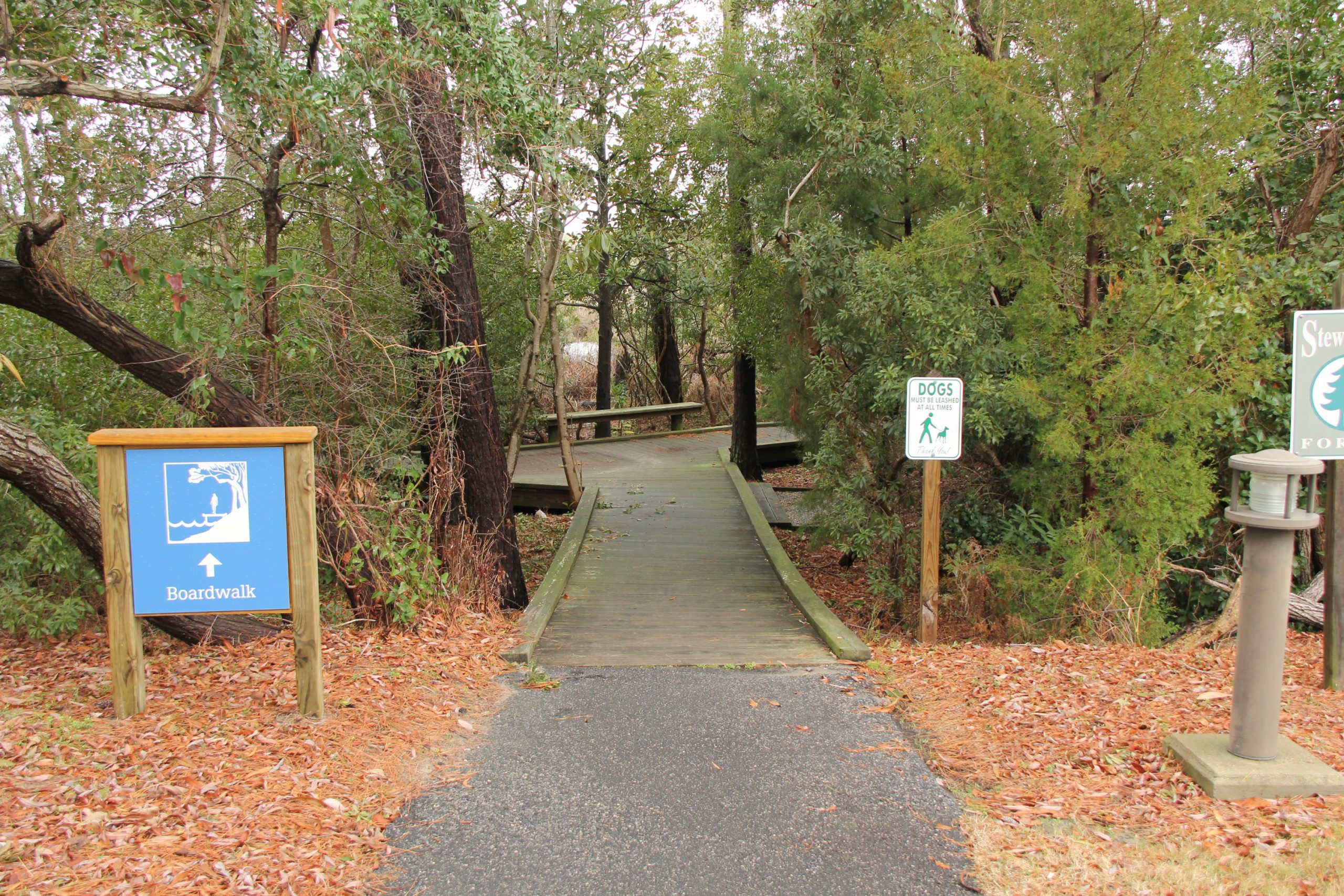 More history here! But admittedly of a different type and era. The Roanoke Island Festival Park is 25-acre site, dedicated to showing people of all ages how the original colony of settlers from 1585 lived. Much like Colonial Williamsburg, you’ll find costumed interpreters throughout the park and on the Elizabeth II replica ship to explain how those first inhabitants lived, worked, and played on the original Outer Banks.

This list really just scratches the surface of all the amazing things there are to do, see, and experience on the Outer Banks. So don’t worry if you can’t do it all. We’ll be here, just as we’ve always been, whenever you’re ready to come back. And we can’t wait to see you again.